Uncovering the Scientific Impact of Women at the Smithsonian

by Rebecca Dikow and Mirian Tsuchiya

We were thrilled to be able to talk about our work at the American Women of Science Symposium #BecauseOfHerStory on October 22, 2020. We’d like to tell you a little more about the work we presented and some of what we are planning next. Our slides and data are on Figshare but we also wanted to give some more context for the work we did.

This project is inspired by the Funk List. The Funk List is a crowd-sourced list of Smithsonian women in science that was started in part by Vicki Funk, a senior scientist and curator of botany at the National Museum of Natural History. The purpose of this list is to start the process of improving the presence of Smithsonian women online and make them more well-known. Vicki circulated this list to Smithsonian science units and departments and asked them to add the women that have been part of their branches of the Smithsonian since its beginning in 1846. Vicki unfortunately passed away a year ago, and after her death, the list was named in her honor. Since that time, Liz Harmon, American Women’s History Initiative Digital Curator has been continuing to add new women in science and the list is now at more than 400 women! Vicki was a collaborator and mentor of Rebecca’s and this photo by Mauricio Diazgranados captures her spirit so well. She inspired so many women to continue on in science and to keep pushing for change. 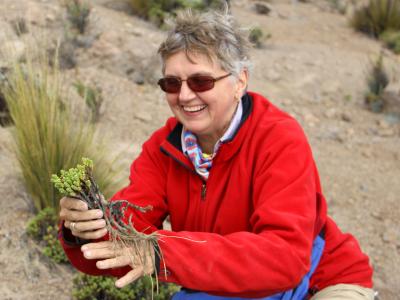 When we set out to work on this project, we started thinking about how we measure scientific impact. While there are obvious metrics like the number of peer-reviewed scientific papers, or discipline-specific awards, there is also service, public outreach, mentorship, and in particular for the Smithsonian, impact on the collections. Women in science often bear a larger burden of service and mentorship, which doesn’t often result in career advancement, even though they are essential for scientific progress and growth.

We will show initial results from two different data sources. First, the Smithsonian Annual Reports are just that, documents published annually, which give highlights of the Smithsonian year. Transcriptions of these going back to 1846 are available through the Biodiversity Heritage Library. We are using mentions in these reports as one measure of scientific impact. If someone is mentioned in an annual report, then something they did that year was notable to Smithsonian leadership. 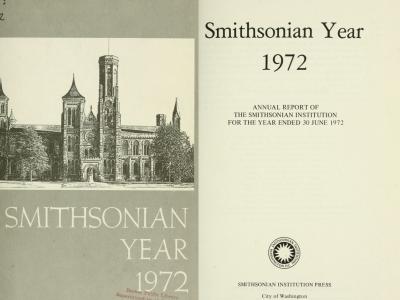 We are also using Smithsonian Research Online or SRO, maintained by Smithsonian Libraries,  which has all the citations for publications by Smithsonian authors. We were able to pull the data for each of the women on the Funk List via the SRO API.

We used a combination of natural language processing in spaCy and shell scripting to:

We decided to include all women from the Funk List that are no longer working at the Smithsonian and Annual Reports from 1846 up to and including 1999. Of the 127 women that remained, 12 are women of color, and one is a trans woman. We recognize that this list of 127 is already biased toward those most well-known around the Institution. It is our hope that by beginning to understand the level of visibility of these most prominent women in science, we will be able to start learning more about those never mentioned in the reports.

Who are the most prominent SI women in science?

As you can see, the women with the most Annual Reports mentions are not necessarily those with the most publications. The three most mentioned women are Frances Theresa Densmore, Betty Jane Meggers, and Matilda Stevenson. All three were members of the Anthropology Department at the National Museum of Natural History. The most published woman from our list is Vicki Funk. Vicki published 133 papers up to 1999, which is the end of the time span for our analysis, but if we account for all her publications until her death in 2019, that number jumps to 368. Other highly-published women are JoGayle Howard from the Smithsonian Conservation Biology Institute and Pamela Vandiver, from the Museum Conservation Institute. Pamela Vandiver had 128 publications but only one Annual Report mention.

Who are the most prominent SI women in science by decade?

We started with 127 women and looked across 150 years of Annual Reports. If we look decade by decade, there are nine women in science who appear as the most prominent throughout Smithsonian history in terms of their presence in the Annual Reports.

It is important to note that all of the women mentioned so far are white. There are also women who were firsts in their fields such as Sophie Lutterlough  and Margaret Collins, both African American women, who have very few or no mentions in the data sources we considered. We have a lot of work to do in order to make their stories more central to Smithsonian science. The take-home message of our work is that we are just starting to scratch the surface of the women's contributions at the Smithsonian Institution. We are beginning to understand the patterns and trends based on the notable women we know more about. We have not yet fully explored the context of the Annual Report mentions and how these may have changed over time. We also hope that by including more data sources in future work, we will be able to unveil new stories and give credit to those women that helped shape the Smithsonian history but are not as of yet well known.

A look at broad patterns in the Annual Reports

While our main question in this project was about women from the Funk List, we are also interested to learn more about how the Annual Reports have changed over time. Here, we present some very early work to that end. First, we were interested in knowing what were the most common first names mentioned in annual reports through time. These data are only instances where first names are spelled out, not just as initials, so it’s not complete first name data, but provides an interesting snapshot. Here are the top 10 names for each of 4 timepoints: 1920, 1950, 1970, and 1990. It is interesting, but perhaps not surprising, that these are all traditionally men's names, and that out of 40 possible top names (10 in each year), there are only 16 total names. Men's first names that were common in the 1990 annual report were largely the same names common in 1920. 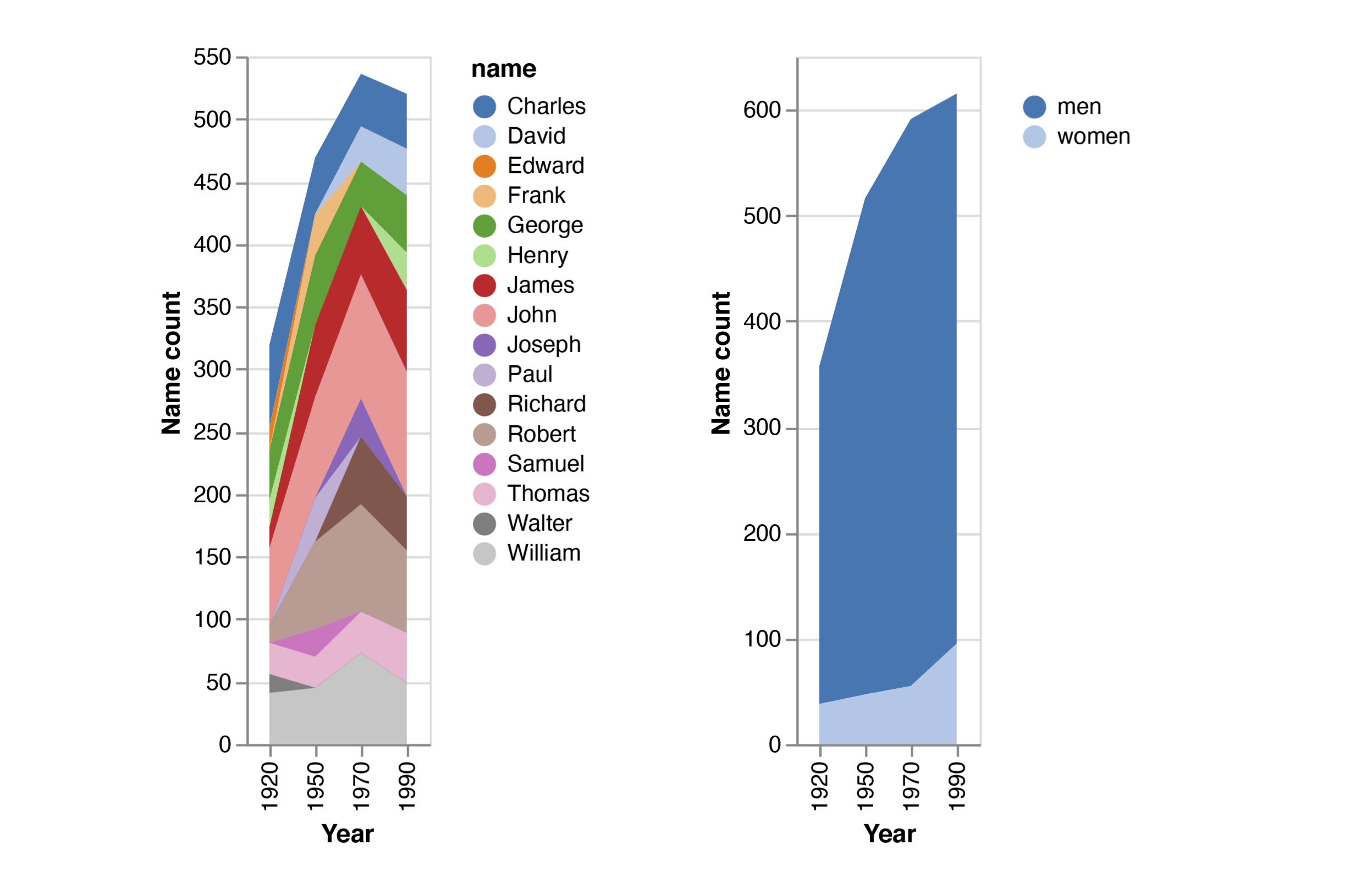 We can also look at word counts for particular words of interest across the reports. Here, we extracted the top 100 nouns for all the reports (stop words were removed). We plotted occurrences of different sets of words from this set of top 100 for each report.

We hope that these initial peeks inside the Annual Reports at scale jumpstart more detailed study of women in science at the Smithsonian. We are excited to integrate these data with other collections and archives data to provide a fuller picture of Smithsonian science.

Data science is very collaborative work and we would like to acknowledge Effie Kapsalis, Liz Harmon, Mike Trizna, Tiana Curry, Megan Glenn, Grace May, Richard Naples, and Keri Thompson for their help with this project. We would also like to thank the Smithsonian Women’s Committee for funding.